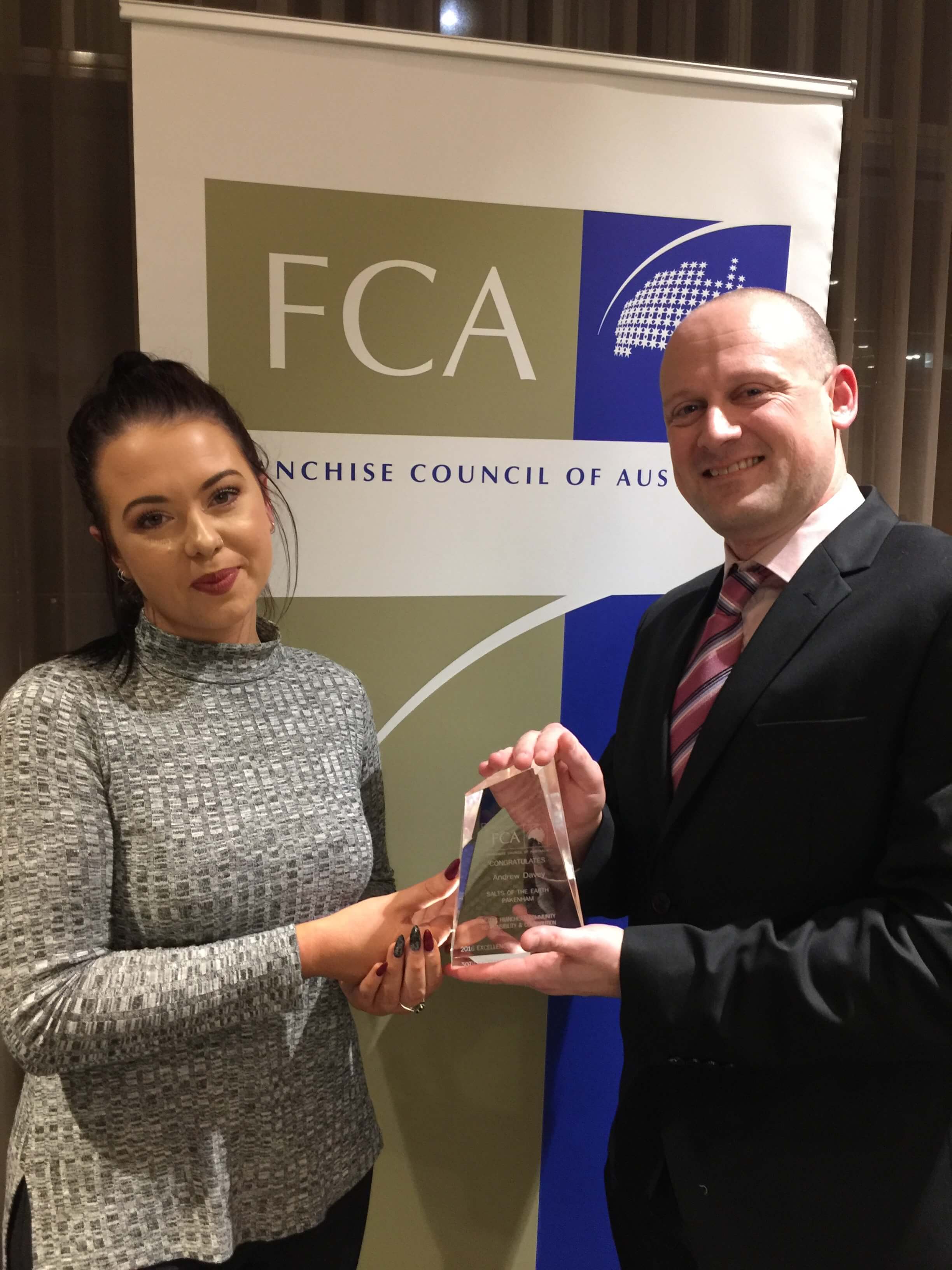 Posted at 15:28h in About Salt Therapy by michael.thompson@saltsoftheearth.com.au

Much as Andrew Davey relishes the success of his growing Salts of the Earth salt therapy franchise, it’s the happy and healthy customer stories and community participation that really make his day.
And it’s this approach that has contributed to his major win at the recent Franchise Council of Australia (FCA) Vic/Tas awards.
Andrew and his team won the 2016 FCA Vic/Tas Franchisee Community Responsibility and Contribution award, and the opportunity to fly to Canberra for the national awards in October.
Since opening in March 2014, his Pakenham salt therapy centre now sees more than 500 customers a week and employs five therapists including himself. However, it’s the days when children and adults with chronic conditions such as eczema and asthma say that due to the salt therapy they’re able to breathe freely and participate fully in their lives, that Andrew lives for.
He recounts one of their many success stories: a young boy with severe eczema whose condition, with the help of regular salt therapy sessions, has improved so much he’s able to wear shorts instead of long pants to school for the first time.
“Every day we see the difference the salt therapy makes, and it makes it all worthwhile,” Andrew says.
His franchise was recognised for its outstanding contribution to the local community in the south-east Melbourne suburbs around Pakenham, where he and his team tirelessly raise funds for health-related children’s charities and causes, as well as for the local fire brigades.
The FCA award is the first time the growing Salts of the Earth franchise has won a major award. Established in 2010 by David Lindsay, Salts of the Earth was the first salt therapy to be introduced to Australia and is now the largest in the country, with 19 operational centres and more opening soon.
Although it is relatively new in Australia, salt therapy is a proven mainstream complementary therapy in Europe, where its use has been traced back to the 18th century. Modern salt therapy involves pharmaceutical-grade salt being finely ground and dispersed through the air.